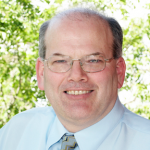 For the past 22 years Christopher Hall has held the position of Chief Executive Officer of the Australian Centre for Grief and Bereavement, a government funded specialist bereavement service, which is based in Melbourne, Victoria. He is a psychologist who has developed a specialisation in the field of grief and bereavement over the past 25 years. Chris has trained many health and education professionals in grief theory and interventions both in Australia and internationally. He has a strong interest in child and adolescent grief, complex bereavement experiences and the organisational impact of grief and loss. In 1999 he was elected to the International Work Group on Death, Dying and Bereavement (IWG) and has served as Chair of the organisation. He is currently Secretary/Treasurer of the IWG. He is a Past President of the Association for Death Education and Counseling, one of the oldest interdisciplinary organizations in the field of dying, death and bereavement with over 2,000 members. A Fellow of the Australian Institute of Management, Christopher is also an Honorary Fellow of the Department of Psychiatry at the University of Melbourne. He serves as the Editor of the journal Grief Matters: The Australian Journal of Grief and Bereavement and is a former Associate Editor of Death Studies. In 2010 Christopher was appointed to the Coronial Council of Victoria.